Thanks to Avraham for giving us a quick summary of the Jerusalem Marathon. I for one, want to check it out!!

2014 is the 4th year that Jerusalem had its full marathon, and the 4th year that I ran it. The marathon takes place in March, which is the beginning of the Israeli spring, which is at the end of our “wet season.” This year, the temperature was about 20 C at the finish, hotter than it has been in previous years. Two years ago, a hail storm caught many of the runners in the middle, so it’s hard to know in advance what type of weather to expect. 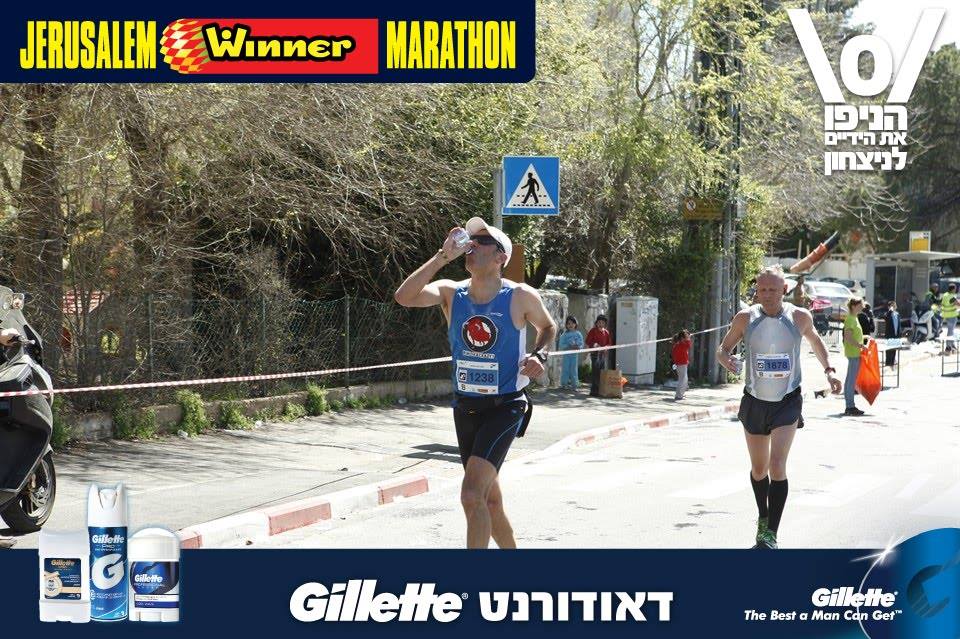 In addition to a full marathon, the organizers also arranged a half, 10 km and even 5 km race.
Jerusalem is known for its hills. In fact, the book of Psalms even mentions the hills of Jerusalem: As the mountains surround Jerusalem, so the Lord surrounds his people both now and forever. (Psalms 125:2) This is one of the few marathons that one can run in the land of the Bible. The energies of the city are amazing and one can see the old an the new meet in Jerusalem. This is one reason to take the run slowly and not plan on finishing the race quickly. Training for the marathon should include some hill running because there are some formidable hills along the route, one of the longest being in kilometre 38. 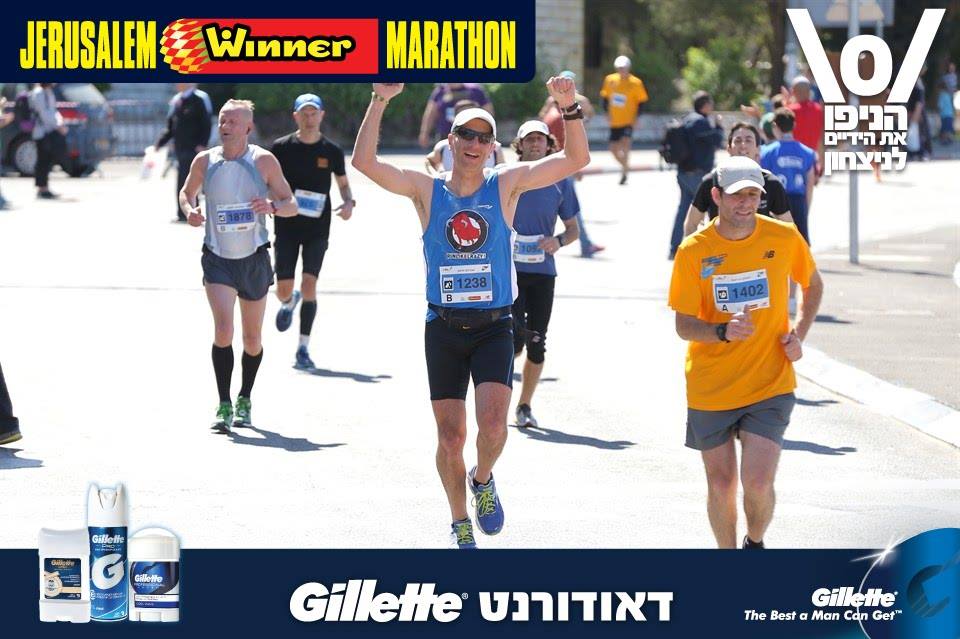 Another reason to take the race slowly is to enjoy the scenery. The route is passes by many significant landmarks including the Old City, a city which is over 3000 years old, the Israeli Parliament (Knesset), the president’s residence, two university campuses and town center. Most of the run is on paved asphalt, but there are sections which run over an ancient cobblestone road. There are breathtaking views of the Judean desert and of various sites considered holy to Judaism, Christianity and Islam.
25,000 people ran in the race overall this year, including 5,000 who came from overseas to participate. There were about 2,000 runners in the full marathon. The organization of the race was perfect and there was plenty of water along the way at frequent rest stops.
Avraham did us proud and represented The Bull through the race, with a solid 3:58:12 on a hilly course. 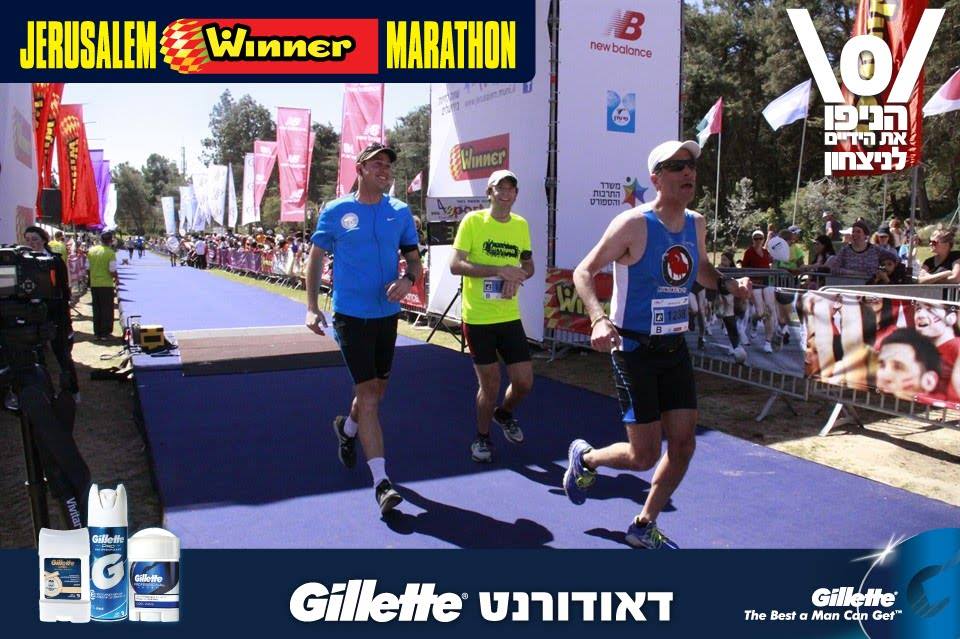 A week later he showed it off in a Beer Miler run with the lads, Viggy & Daniel.. Love it lads! 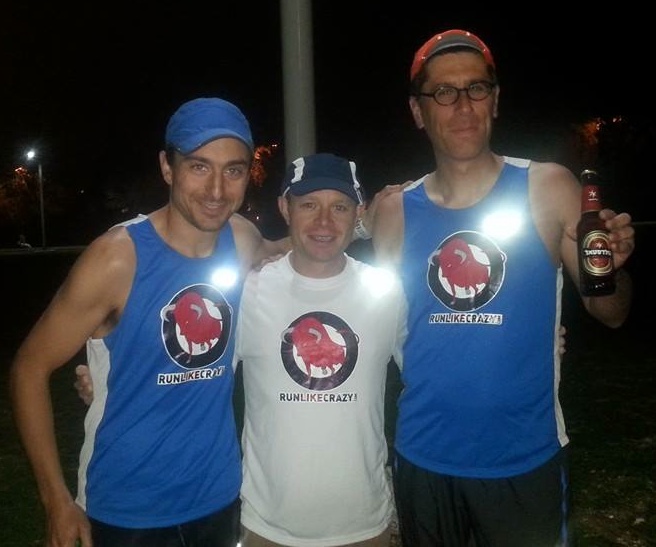