This donation came through a couple of days ago, but I’ve been a little caught up to do a proper shout out. It’s safe to say that Nic Marie, aka The Cougar, is the guy that I do most of my running with and the runner that I aspire to be the majority of the time.

Not only is he a HELLUVA guy, but he is a juggernaut on the track too. The kid just keeps knocking out kms, consistently, patiently and with very few words of complaint. He has comfortably beaten me in all but one of our outings, but has always made the competition a friendly one, showing me that it really doesn’t matter who gets there first, it’s how much crap we talked about while we were getting there. I’ve run some big events with him and even slogged out 70km of the 90km Comrades Marathon.

I won an award this year, named Tribal Male Runner Of The Year, Tribal being the glorious triathlon family that I do most of my running with. I said it then and I’ll say it again – The Cougar should have won that hands down. The man is a born champion.

Anyway, big ups to ya brother and thanks for the $80 donation! Good luck for the Melbourne Marathon buddy! 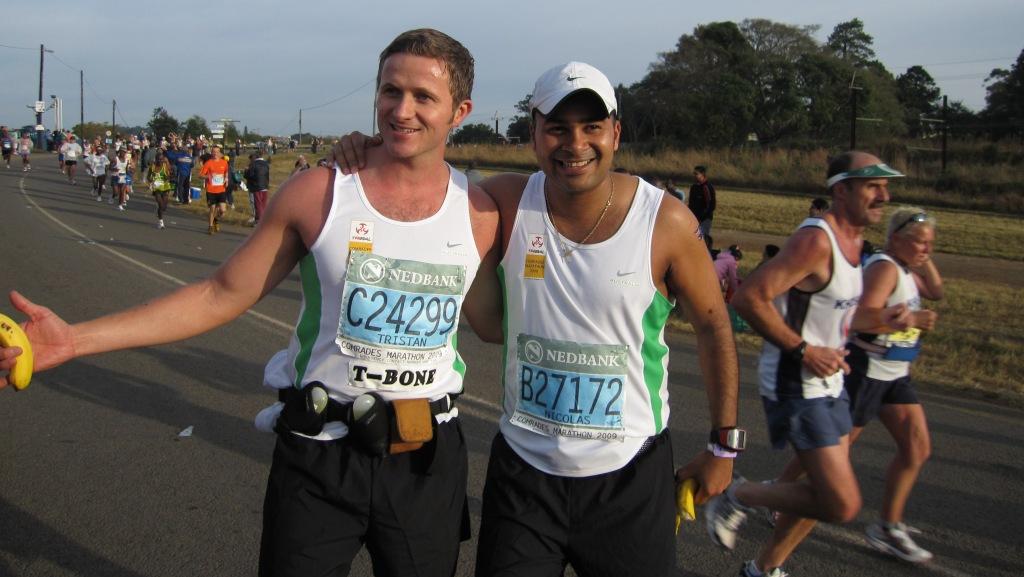