Botanic to Bridge – Brilliant Day Out!

Botanic to Bridge – Brilliant Day Out!

Wow, Gladstone really knows how to put on a race! It’s been about 10 days now, but I still have some great flashbacks of the day, especially all the little heroes that were strutting their stuff on behalf of their primary schools. 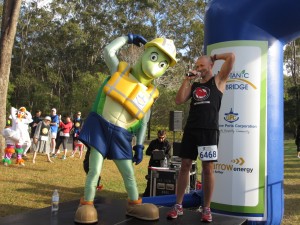 As I said in my previous post, the Gladstone Ports Corporation put this 8km race on each year to encourage the community to get out and make the most of their brilliant town. They want to help people connect the dots between physical activity and community happiness. Many people run the event each year and they train for a period in the lead up, before they get out and have a red hot go.

Better still, the town gets behind the race, closing the main street to allow both the 8km runners and the 3km runners to dance up through the streets as they head toward the port and the finish line. There aren’t too many towns in Australia that would block off the streets like that these days, so I sincerely hope the Gladstone City Council keep this beacon of fitness lit, to show the way to other shires and councils how to engage and respect their communities. 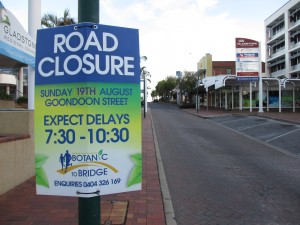 I loved it.. I was only allowed to run the first 5km, before I needed to stop at the 3km start and have a chat to the kids. I punched out that first 5 quick smart, arriving in under 20 minutes. The atmosphere was happy but a little more serious at the 8km start. The 3km start was a much more excitable affair, as kids of all ages got ready to run with their mates, their Mums and their Dads. They were treated to a long stream of road warriors coming from the 8km start, so the children were all pumped up, having cheered for a solid hour before they ran themselves! 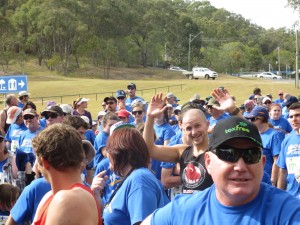 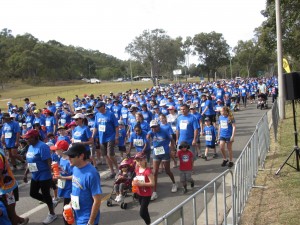 It’s quite a hilly course, as Gladstone is quite an undulating area, so it’s fair to say that everyone got a good work out. The male winner of the 8km finished in 25:24, while the fastest female finished in 27:54.

I loved running over the Bridge, and down into the ports to be clapped home by local supporters and runners alike. It’s incredible how girls and boys who looked like they were struggling with 1km to go, could sprint on by me as they crossed the finish line in an explosion of youthful energy! The finish area had food stalls and a rock band belting away by the water and everyone had huge grins plastered across their faces. It’s incredible the effect such a simple idea can have on such a wonderful community. 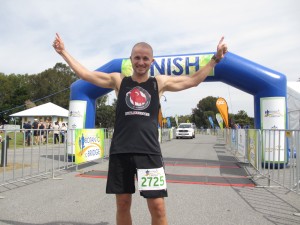 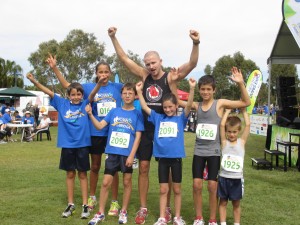 Well done Gladstone. You make me want to live in your town! 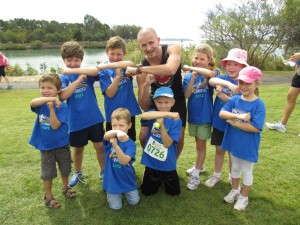 Next up.. Super September!